The Government of Ukraine has approved a draft FTA with Turkey 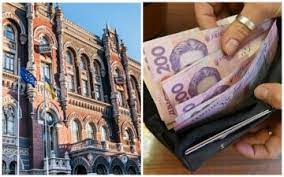 
The Cabinet of Ministers of Ukraine approved the draft Free Trade Agreement (FTA) with Turkey at a government meeting.

According to First Deputy Prime Minister - Minister of Economy Yulia Svyridenko, the agreement will bring an additional 2% of GDP annually.

"The basis of the agreement is the zeroing of tariffs by Turkey on 10,337 thousand items. This is 95% of the total number of goods. Another 1,348 thousand items will be subject to tariff quotas or tariff reductions," she said, presenting the draft FTA with Turkey at a government meeting.  on Wednesday.

Ukraine currently exports 1,100 items to Turkey, as Turkey has one of the world's highest levels of customs protection, she said. At the same time, the level of Ukrainian customs duties is one of the lowest.

"In recent years, we have begun to observe that Ukrainian tariffs have ceased to be a barrier to Turkish goods, while Turkish tariffs on our goods have been a dead end for entering their market," Svyridenko said.

According to her, Ukraine reserves the right to apply duties on scrap metal exports.

"At the same time, Turkey is opening the domestic market for our metal. Another 130 items of metallurgical goods have been partially reduced by customs duties ... And additional quotas are being set for 160 metallurgical goods," Sviridenko added.

According to her, Ukraine will maintain tariffs on car imports, setting transitional periods of three to five years for vehicles and light industry products. Regarding the latter, Svyridenko announced state support in the format of available loans for the modernization of equipment for light industry companies in Ukraine.

At the same time, the parties reserve the right to restore the duty through the mechanism of bilateral protective measures.

According to Svyridenko, the agreement should be revised no later than two years later.