S&P upgraded the rating outlook of Ukraine to "stable" 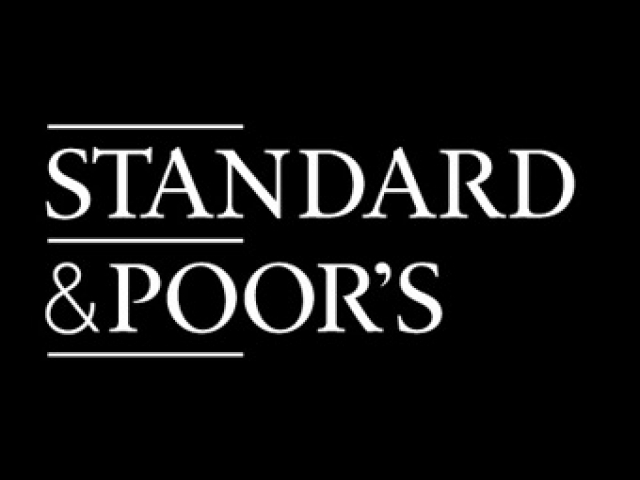 
International rating agency Standard & Poor's changed its own forecast regarding credit rating of Ukraine issuer in national and foreign currency from negative to stable, the agency said in a press release on the 26th of December 2013.

However, despite the increase of the forecast, Ukraine's rating itself maintained at the level B-.

Improved forecast was explained in the agency by agreement with Russia providing a loan of USD 15 bln. Since this amount is about 8% of Ukraine's GDP in the forecast for 2014, its obtaining must assist the country to achieve foreign economic objectives over the next year, according to S&P.

"With rollovers of trade financing and other private sector debts, we now expect Ukraine's foreign currency reserves to stabilize, further supported by an additional agreement to reduce by about 30% the price at which (the national oil and gas monopoly) Naftogaz imports (natural) gas from Gazprom," S&P says.

In addition, the agency assumes growth of Ukraine's dependence on Russia if market conditions do not allow Kiev to issue debt securities for foreign players, except Russia. It is also possible, if Ukraine fails to found another source of government`s needs funding.

"Based on our expectations of Russia's support, we no longer expect a devaluation of the Ukrainian hryvnia," the press release says. "We now use the baseline assumption that it will stabilize against the U.S. dollar at UAH 8.2 to USD 1 from the end-2013."

As a result of it, S&P projects weaker economic growth, lower inflation and larger current account deficits through to 2016.

The Agency also warns that it might lower its ratings on Ukraine over the next twelve months "if the sufficiency and timeliness of Russian financial support were to become less certain or the political turmoil in Ukraine was to escalate to a significant degree”.

In early November of this year, S&P downgraded Ukraine's rating from B to B- with a negative outlook. Analysts explained this decision by Kyiv`s unwillingness to develop a strategy of maintaining sufficient foreign currency to achieve its economic goals in the external market.