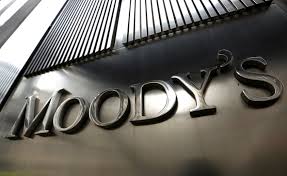 
International rating agency Moody's Investors Service predicts a decline in the economy of Ukraine in 2014 to 8%, but expects decline to be reduced in 2015 to 2%.

This is stated in the research of the agency, posted on the corporate website.

"The forecast for the economy of Ukraine - minus 8% in 2014 and to the minus 2% - Moody's research states. - Political uncertainty and geopolitical tensions, the absence of structural reforms, high dependence on foreign investments, reduction of foreign exchange reserves and the need for significant recapitalization of banks constitute significant risks "

At the same time, the agency notes that the economic situation in Ukraine will largely affect the economic development of the region, particularly the banking system.