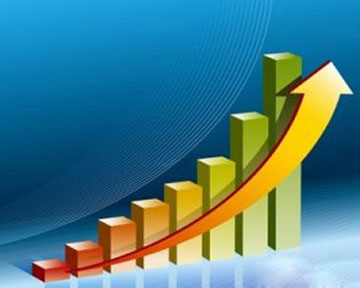 According to the service's estimates, which were released in the credit analysis of the Ukrainian government, such economic growth will be accompanied by a slight acceleration of inflation, from 0.8% in 2013 to 2.3% in 2014 (December to December), and a slight weakening of the hryvnia from UAH 8.3/USD 1 at the end of 2013 to UAH 8.5/USD 1 at the end of 2014.

It should be mentioned that IMF and Standard & Poor's have more moderate estimate to Ukrainian economy: in their view, Ukraine's GDP in 2014 would increase by 1% after the current recession by 0.3%-1%.

Analysts of the Fund and the Agency believe that the Russian loan of USD 15 bln will definitely help Ukraine in achieving its foreign economic goals. However, global financial institutions do not expect Ukraine to carry out significant broad-based reforms. In general, a little progress in areas such as fiscal consolidation, creating a more market-oriented domestic gas market, resolving non-performing loans in the financial sector and increasing exchange-rate flexibility is expected.

The Cabinet of Ministers of Ukraine is much more optimistic about the prospects for the country's economy: 2014 budget is based on a forecast of 3% GDP growth.